Van Haal is a middle aged man in his forties and a long-time member of the Fraternity of Order. He works as an attorney in the Sigillian courts, something he’s not always happy about but that he continues to do as well as he can. He finds himself most often serving as the defense of various and sundry adventurers run afoul of the tangled web of Planar Law.

Interestingly enough he was born in Sigil to first generation immigrants from the Prime Material, and for a time was an adventurer himself. He does not, however, ever see much point in discussing his “sordid past” without the aid of unfortunate quantities of lubrication, instead seeing those younger days as a dire case of misspent youth. The only time he will volunteer any anecdote about his adventuring career is if he feels it might illustrate some point in persuading someone of the error of their ways, or of what he may see as a potentially unfortunate outcome of their own current path.

His most recent work involves the case of one Shenvallei D’ansille – file 30561 – and its associated incidents. He was also tentatively tapped for the trial of Arkail Jorgen and Llwyd Lluyn until that affair was put on indefinite hold. Now events find him on the island paradise of Islas, on a well deserved vacation with a certain anonymous shapely court stenographer. 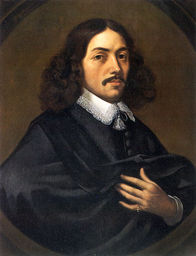